ASUS Prime series motherboards are expertly engineered to unleash the full potential of 11th and 10th Generation Intel Processors. Boasting a robust power design, comprehensive cooling solutions and intelligent tuning options, Prime H510M-A provides daily users and DIY PC builders a range of performance tuning options via intuitive software and firmware features.
Tune It Your Way
Comprehensive controls form the foundation of the ASUS Prime series. The Prime H510 motherboard packs flexible tools to tune every aspect of your system, enabling performance tweaks to perfectly match the way you work, to maximize productivity.
Cool to the Core
Prime H510 series is engineered with multiple onboard heatsinks and an array of hybrid fan headers to ensure your rig stays cool and stable under intense workloads.
M.2 Heatsink
An M.2 drive sits under a passive heatsink to ward off the throttling that can occur with sustained transfers. The heatsink is held in place by easily-removable captive screws.
Build on a Solid Foundation
ASUS H510 motherboards provide all the fundamentals to boost daily productivity, so your system will be ready for action with stable power, intuitive cooling and flexible transfer options.
M.2 (up to 32 Gbps)
The M.2 supports x4 PCI Express 3.0 bandwidth, up to 32Gb/s data-transfer speeds. It is the perfect choice for an operating system or application drive, making your whole PC or professional apps work as fast as possible.
Small Details Make a Big Difference
Prime H510 series adds the nuanced details that improve every experience, from exclusive codecs that provide pristine audio quality to intuitive RGB lighting controls that let you customize your system to create a uniquely personal look.
Aura Sync
Outshine the Competition
A well-tuned enthusiast system deserves a matching aesthetic. ASUS Aura offers full RGB lighting control with a variety of functional presets for the strips connected to the onboard RGB headers – and it can all be synced with an ever-growing portfolio of Aura-capable hardware.
For more information, click here. 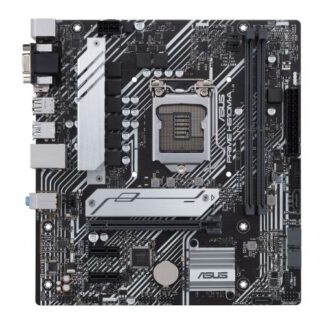