In black this is 2 modules of 8GB RAM that amounts to 16GB. Vengeance LPX DDR4 16GB is a simple way of giving your rig a large jump in memory count whilst taking advantage of all that comes with the DDR4 label, within a single module. With both frequency and timings sitting within the mid-range of DDR4 memory, this RAM is capable tackling common uses of a desktop PC head-on (e.g. gaming, word applications, streaming and other such media). The high-speeds also grant a touch of future-proofing. 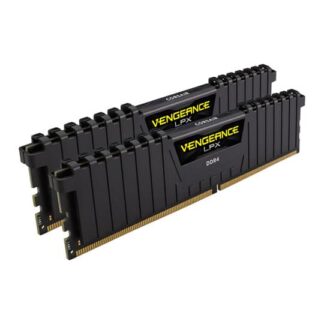